Back to Help Center

A comprehensive guide of the aluminum case batteries used in the Elite Pro, Rover and Golf models.

Charging issue - If the display turns on and with less than 5 bars of battery and the light on the charger remains green and does not ever turn red to indicate charging then follow the instructions below to check the charging fuse.

Display not turning on - If the board is charging and the display will not turn on then follow the instructions below to check the main fuse. 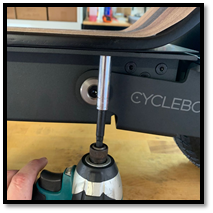 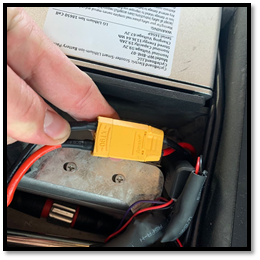 A burned-out main fuse will prevent the display from turning on. Blade fuse replacements can be picked up at an auto parts store or through Cycleboard.

A burned-out charging fuse will prevent the battery from charging. Mini blade fuse replacements can be picked up at an auto parts store or through Cycleboard.

With the finger nuts installed in place of the locknuts, the deck can be opened in seconds with no tools. If the deck does not need to be opened.